Dynamic Sounds Associates, LLC (DSA) was formed for the sole purpose of designing and building the finest possible audio electronic equipment. Our design approach is one that permits no compromises when it comes to the reproduction of audio. The founder of DSA, Douglas H. Hurlburt, has been associated with the design and building of audio equipment for his own uses since his high school days. He established DSA so that he can bring to the discriminating audio consumer the lessons that he has learned over many years of designing and building audio electronic equipment. 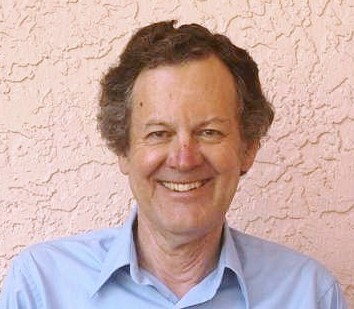 Douglas Hurlburt obtained his undergraduate degree in mathematics and physics from Johns Hopkins University in 1962. He received his M.Sc. in Solid State physics in 1964 from McGill University, and a Ph.D. from McGill in Electrical Engineering in 1972. His professional career began at RCA Ltd. (Montreal) where he worked on the development of microwave integrated circuits and later on the design and development of surface acoustic wave (SAW) devices and systems. In 1976 he moved to MIT Lincoln Laboratory where he continued to work on advanced SAW devices until 1978. At that time he became involved in the analysis, design and development of ultra-wide band spread spectrum communications systems and airborne radar systems. During this time he both designed and fabricated critical systems components for advanced concept communications and radar systems.

From 1988-1990 he served as a Program Manager at the Defense Advanced Projects Agency (DARPA) where he managed multi-million dollar programs focused on developing advanced radar systems and related technologies. After leaving DARPA he stayed in the Washington, D.C. area and has continued to provide consulting services, radar system analyses, and program management assistance for the Department of Defense (DoD) and other Government agencies.

With his professional obligations complete, Dr. Hurlburt has been able to focus entirely on his lifelong passion for designing audio components. Over his life, he has designed and built many of his own system components. Finally in 2004, he went "public" with the introduction of the Phono ONE. Its development came out of a desire to design the finest possible phono preamplifier without regard to the potential cost. Its no-compromise philosophy was transferred to the Phono II in 2012, a unit which weds the sonic performance of its predecessor with unprecedented versatility and ease of operation.

Gratified by the acclaim garnered by the Phono II, Dr. Hurlburt was inspired to revisit and reimagine his previous preamplifier designs, the Linestage 1 and the Linestage 2. So it was in 2014 that Pre I made its auspicious debut and has continued to receive awards and accolades ever since. Two years later came the advent of the AMP I Monoblock Pure Class A amplifier, a design achievement that stunned audiophile engineers and delighted critical listeners. Eight years after setting a new bar with the Phono II, Dr. Hurlburt put into play a series of innovations for his phono preamplifier design resulting in the 2020 debut of the Phono III.
New products are in development and, as always, Dr. Hurlburt is in the act of updating DSA’s current product line.

Click here to read an interview of Doug Hurlburt by Laurence Borden of "dagogo" from January, 2012